The two most popular fishing reels across the globe are spinning and casting. Rods used with these two reels are similar except for the reel seat, the device that allows a reel to be firmly attached to the rod.

On a spinning rod, the reel hangs beneath the rod and is cranked by the less dominant hand, allowing your dominant hand to hold the rod. This enhances control and aids in setting the hook when a strike is sensed.

A casting reel rests on top of the rod. It is cranked in the same manner with the dominant hand holding the rod.

Comparisons of these two styles of reels come in control, length of cast, types of line, line capacity, strike sensitivity, and in vast design differences between the two. We’ll review the strength and weaknesses of each, then compare them side by side.

What is a Spinning Rod?

The spinning rod and reel is the most population fishing combination on the market today. The huge variety of reel sizes, power settings of the rod, and the overall length of the rod makes it adaptable to almost any style of fishing. Ultralight rods bring action to small trout and the largest reels are found on the ocean battling tuna and marlin.

To many anglers, the spinning rod is the ultimate in fishing technology.

A spinning reel is an open-faced reel with a bail that must be opened before casting. When the cast is made, the bail snaps shut with the first turn of the reel’s handle.

Spinning reels have adjustable drag and can handle various lengths of line depending on the pound-test, or weight of the line, and the size of the reel’s spool. Small reels only hold a few dozen yards of line while the extra-large styles can hold hundreds of yards of high-test line.

Classic-style split bamboo rods remain popular with purists, but modern fiberglass, boron, and graphite materials have revolutionized rod technology, and with a spinning reel matched to the length and power rating of the rod, you have a great combination.

The rod seat, the device that attaches a spinning reel to the rod is the key to getting the two working together cohesively. When properly aligned to an angler’s specific dimensions, a spinning rod allows the fisherman to cast, work the lure, set the hook, and retrieve all in one smooth motion.

Spinning reels don’t suffer from the snarls of backlash like baitcasting reels, but the line can wrap around the end of the rod in windy conditions, or while river fishing in a process known as wind wrap. When using lower-quality monofilament, the line can coil in the water and wrap onto itself.

The benefits of this style reel are extremely long casts, that’s why it is a favorite of surf casters.

The ability to transfer the handle from the left to the right on many models is popular among left-handed anglers.

A Few of Our Favorite Spinning Rods 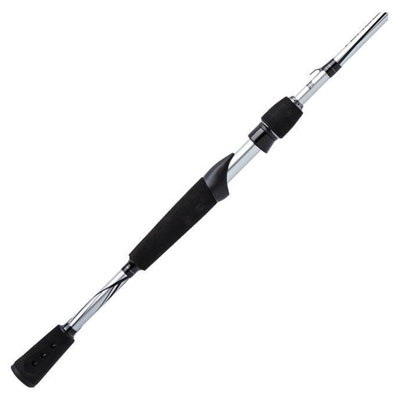 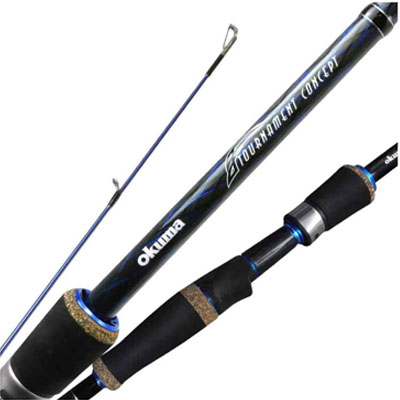 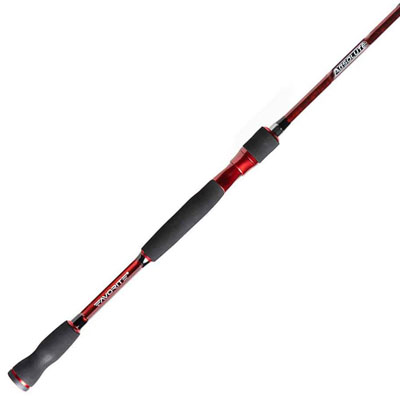 What is a Casting Rod?

I caught my first fish on a muddy creek by a highway bridge near Blytheville, Arkansas with an old-style baitcasting reel on a stiff five-foot rod. The little catfish didn’t set any records, but the backlash I made as an eight-year-old with that reel was epic. That was the problem with the original casting or baitcasting reels as they’re often called. The backlash created when casting spoiled the benefits of the original design.

Today, I use a baitcasting reel for surface fishing after largemouth bass, drop shotting for walleye and perch, and trolling for lake trout. Modern versions compared to those older casting reels have been dramatic. What once were just miniature winches have evolved into high-tech angling machines.

A direct descendant of the Kentucky reels of the 19th century, the modern baitcasting reel didn’t take its present form until 1907 when inventor William Shakespeare Jr. purchased the rights from another inventor, Walter Marhoff for the design. Marhoff’s addition was a level-wind mechanism that transformed Shakespeare’s earlier backlash-prone reel into the modern version of the baitcasting reel we all know so well.

Casting reels are second only to spinning reels in popularity.

A Few of Our Favorite Casting Rods 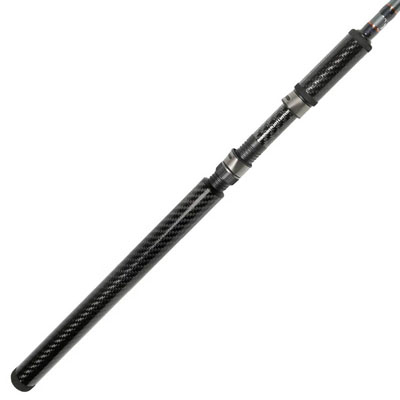 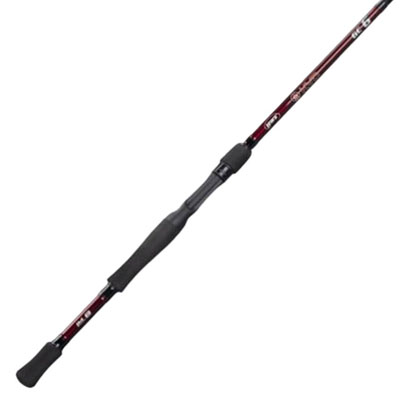 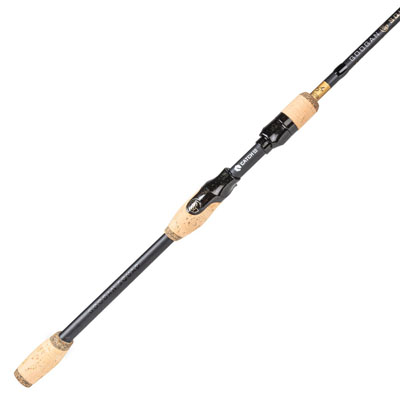 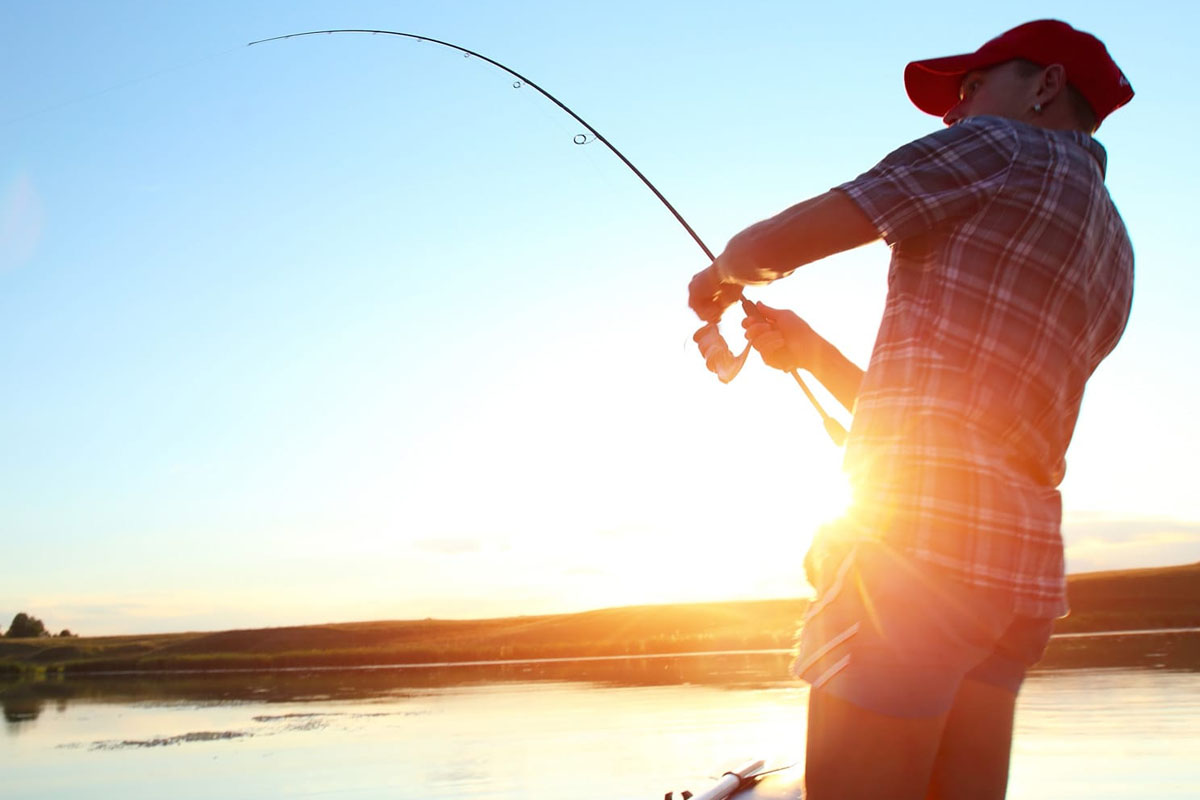 The physical differences when looking at a spinning rod and a casting rod side by side are obvious. The spinning rod has a large bail, an oversized, single handle, takes two hands to cast, and hangs below the rod.

The casting reel has a double handle, no bail, a thumb release button you can operate with one hand, and rests on top of the rod.

With the proper length and power rod, these two reels are best suited for different styles of fishing, but they overlap in some settings.

A spinning rod is best at long casts from shore, and in retrieving spinners and spoons in lakes and larger rivers.

A casting rod is favored by bass fishermen for their greater control. The retrieval rate on a spinning reel is difficult to moderate, while a casting reel with its fixed gear ratio delivers exact line retrieval per crank. That makes presenting topwater lures, artificial swimming baits, and poppers easier to control.

Casting rods are better suited for trolling and use braided line more efficiently.

Casting accuracy is dependent on the angler’s skill and the same with either reel version, but bottom bouncing, and jig fishing are easier to control with a casting rod.

The backlash problem with casting reels is less than when they were originally introduced, but the problem remains with novice anglers. The spinning reel is less likely to snarl, or tangle but wind wrap with lighter-weight monofilament can create spools of line across the end of the rod.

When Should You Use a Spinnging Rod

You can use each rod interchangeably, many anglers prefer one over the other and do all their fishing with either a few spinning rods or a similar amount of casting rods.

A spinning rod has an advantage when longer casts are required. They work best with spinners, spoons, and lifelike lures such as Rapalas. They work better with monofilament line, and they are less likely to snarl.

They don’t have the control a casting rod can offer and are more difficult to maintain a constant retrieval rate with.

Trout fishing on lakes and rivers, salmon fishing on rivers, and fishing for panfish, crappie, and perch are all good choices.

When Should You Use a Casting Rod

The short answer is bass fishing. Casting rods are the best tool for largemouth fishing near shore, in heavy lily pad concentrations, and while working in thick brush.

Casting rods are great for bottom bouncing, trolling, and in water that can offer large, hard-fighting fish since the braided line they use is stronger than monofilament of the same diameter.

Should You Have Both?

Having both a casting rod and a spinning rod is a necessity for every angler. The relative strengths of both styles of reels, combined with the right rod enhance your chance of success.

It’s a classic case of the right tool for the right job, and fishing is one outdoor sport where the correct equipment has more implications than any other activity.

Even the best-laid fishing plans can change when you hit the water. Those spoons and spinners you thought would catch big rainbows and an occasional walleye just aren’t getting any action.

It might be water temperature, a low-pressure front, or a recent influx of bait from a thunderstorm leading to the lack of action. Being able to stack your spinning rod, and bring out your casting rod with jigs, or live bait properly presented can turn a bad day on the water into a memorable event.

Versatility in your fishing arsenal is always a good idea.