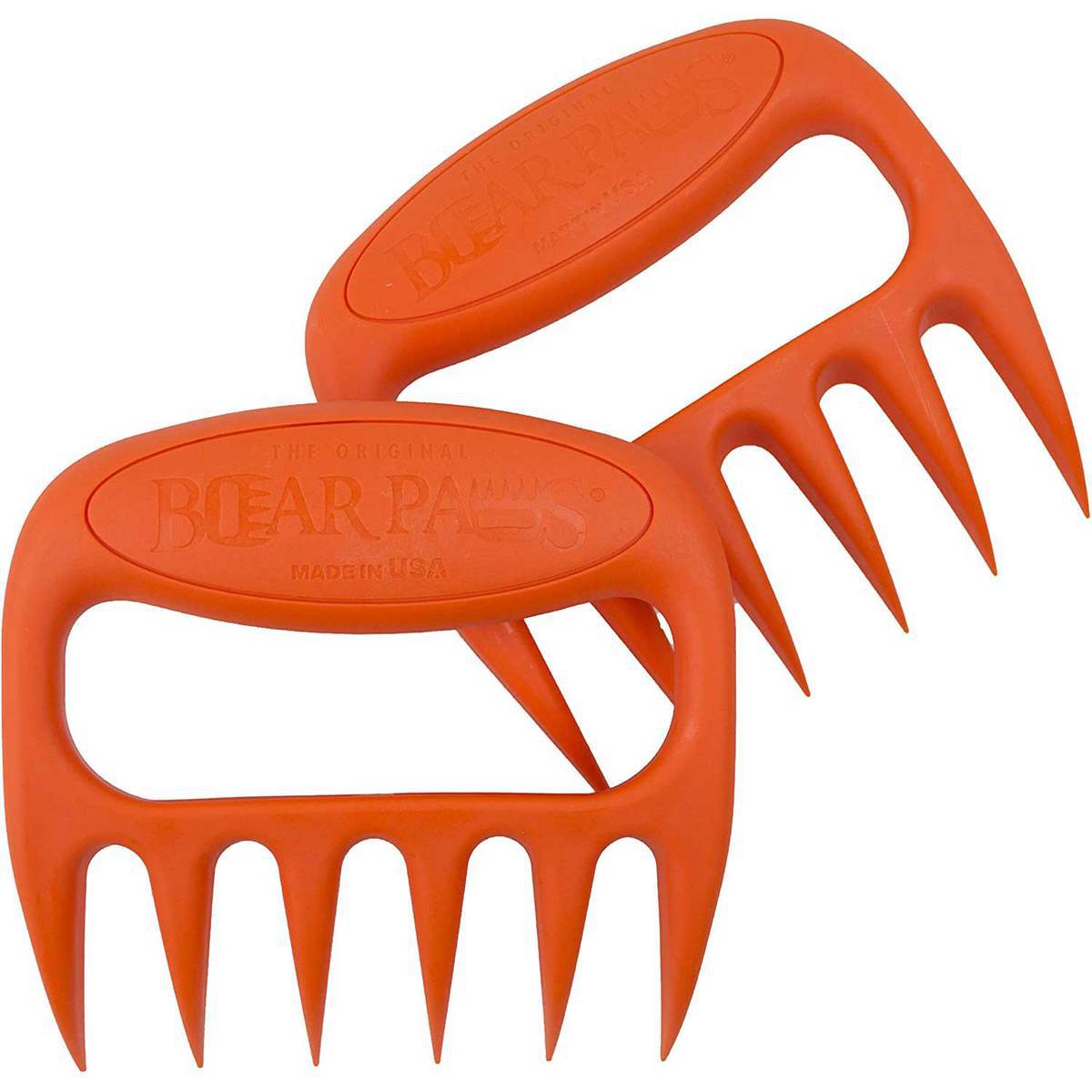 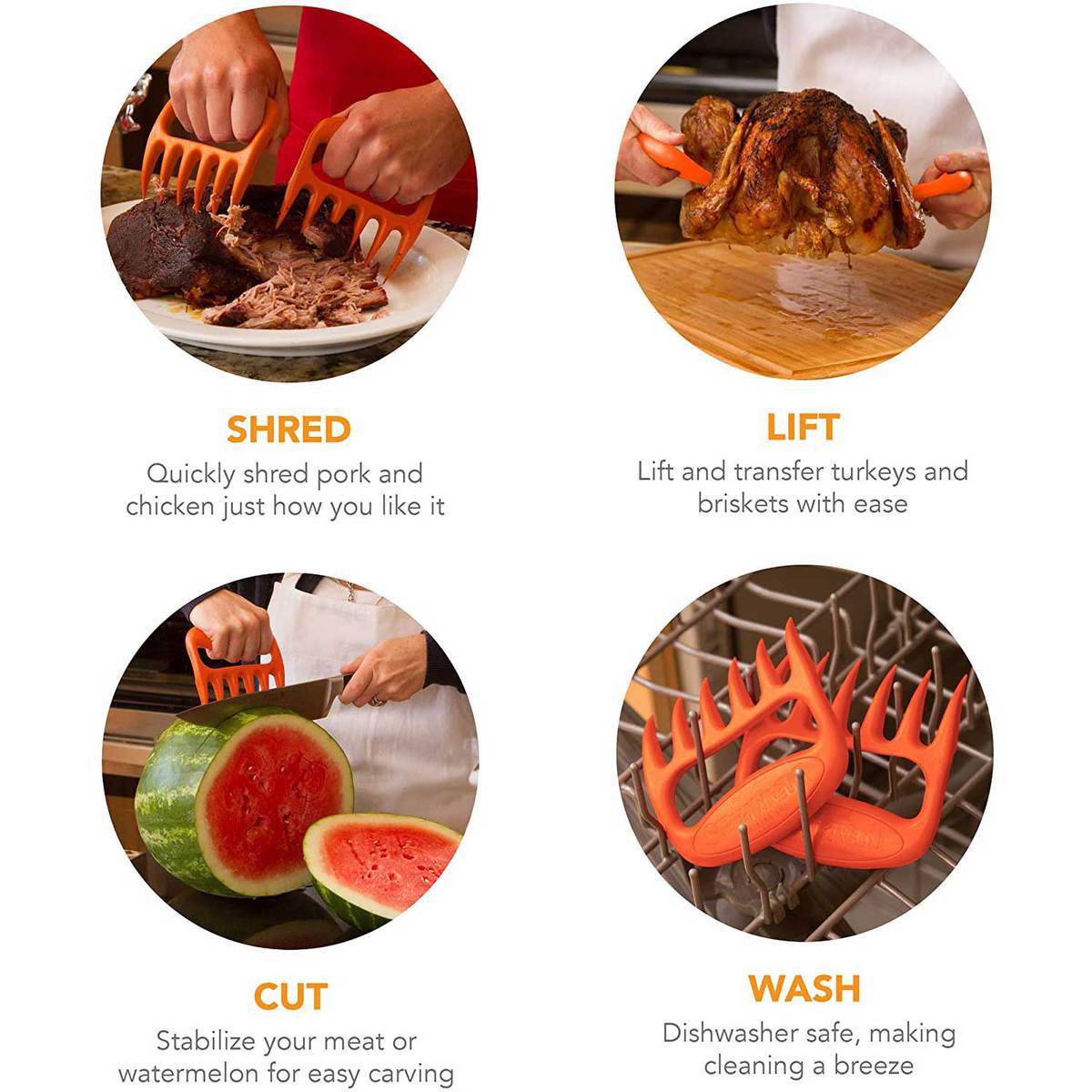 SAVE UP TO $50 ON YOUR ONLINE ORDER TODAY!
Apply for an Explorewards Credit Card
|
Added to Your Cart 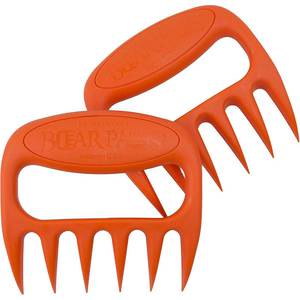 Bear Paw Meat Shredder Claws - Bear Paws are the original, must-have BBQ accessory. A longtime favorite of BBQ experts across the nation, Bear Paws are specially designed for lifting and shredding meat. Channel your inner grizzly with the only meat shredding tool that fits your hands perfectly, acting as an extension of your arms and allowing you to shred meat without getting burned or melting your tools. The super-sharp, meat-shredding “claws” are strategically spaced so meat won’t get stuck. Bear Paws offer a much better way to shred meat than the traditional knife and fork. Thanks to super-strong nylon construction, which is much harder and stronger than plastic, Bear Paws are heat-resistant up to 475 degrees, so you never have to worry about them melting from the heat of your meat. Bear Paws are BPA-free and FDA approved for safe food handling. Each Paw is made of a single piece of hard nylon, so there aren’t tiny pieces to disassemble and wash by hand. In fact, Bear Paws are dishwasher safe on the top rack, making for the easiest cleanup ever. You’ll never run out of uses for your Bear Paws. Originally designed as the perfect tool for pulling pork, Bear Paws are also ideal for lifting and shredding chicken, brisket, beef, pork, turkey, or whatever else suits your fancy on the grill. They’re great for tossing salads and even handy as turkey lifters. Bear Paws are the best accessory for your grill, smoker, or kitchen, and they make great gifts for BBQ fanatics. Experience the best with Bear Paws. We’ve been named The Best BBQ Tool by the National BBQ Association, and have been featured on TV on BBQ Pitmasters, America’s Test Kitchen, and Guy Fieri’s Diner’s, Drive-Ins, and Dives. Bear Paws are 100% made in the USA and we proudly sponsor BBQ competitions and events across the country. For a reputation that can’t be beaten, go with the REAL Bear Paws.