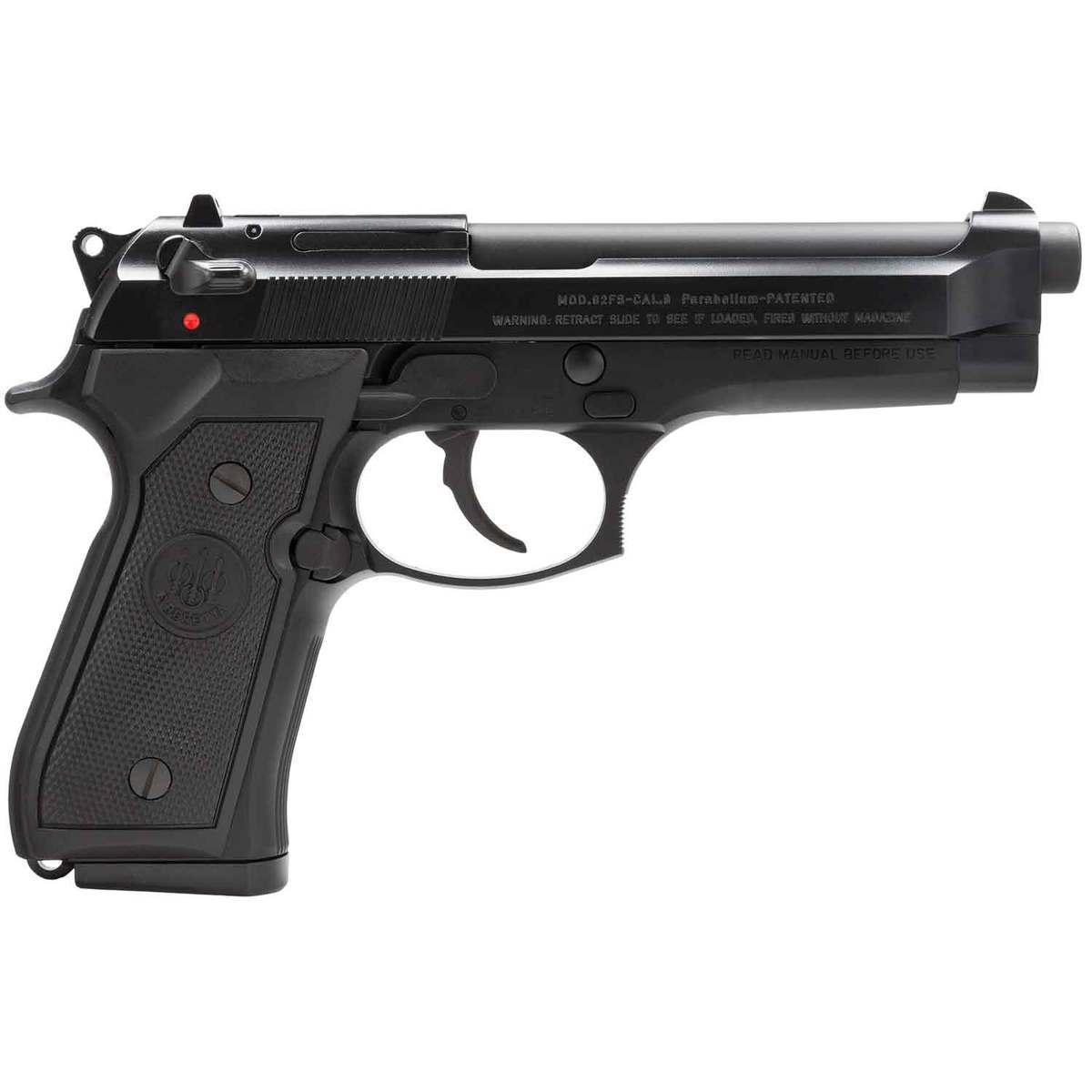 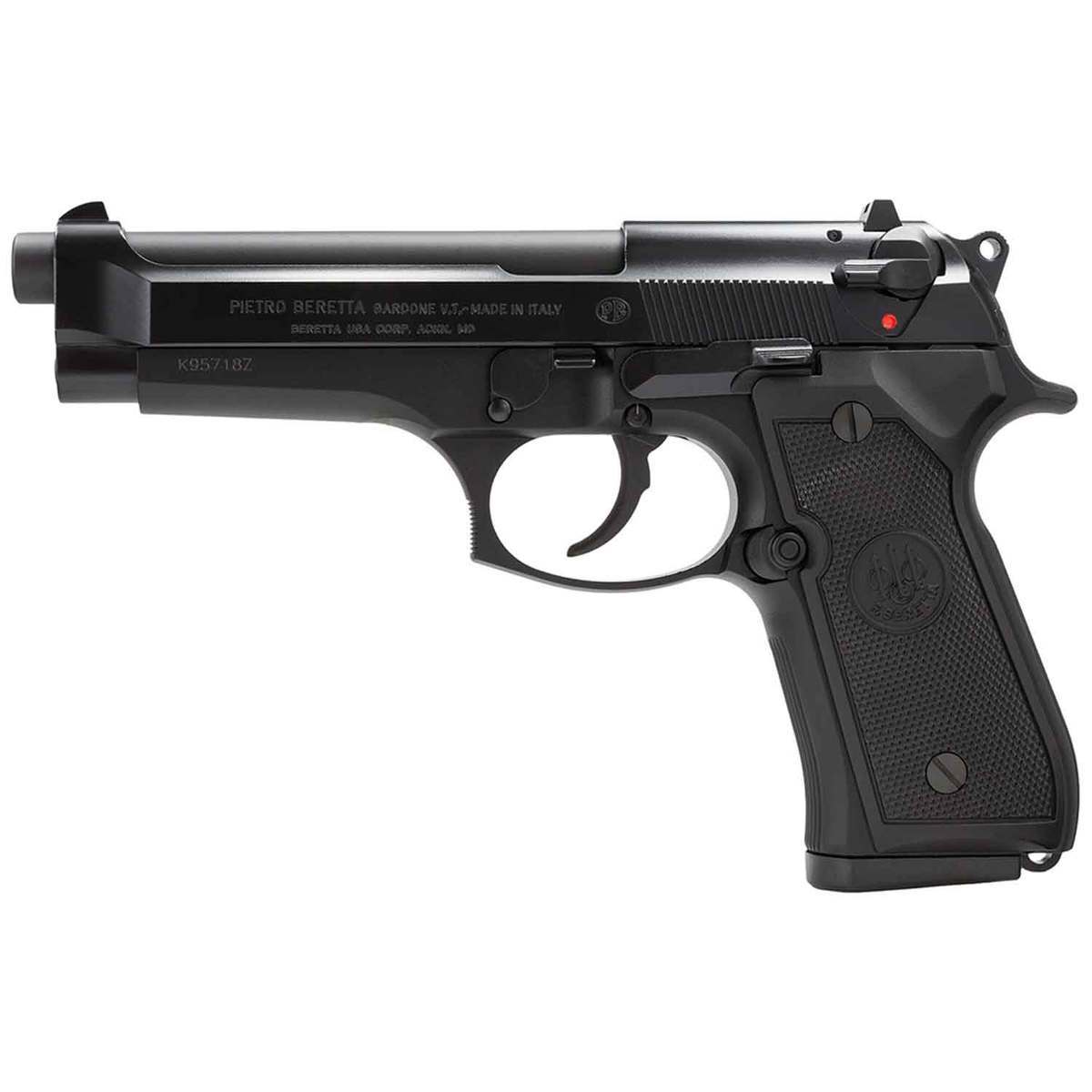 Beretta Model 92 Pistol - The Beretta 92FS has been setting the standards for best military, police and tactical pistol for over a quarter century. The reason is that it was designed--and has kept evolving--to be and remain the most accurate, durable and reliable semiauto handgun on the market. 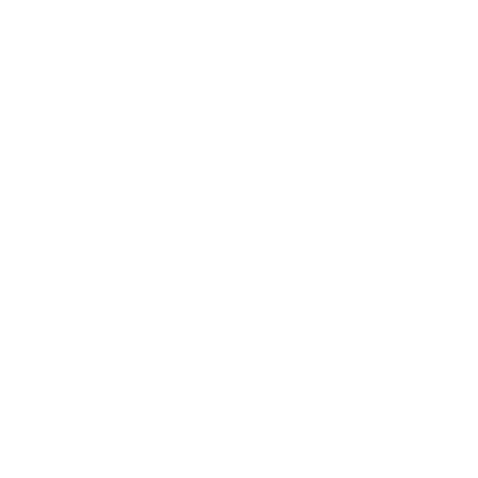 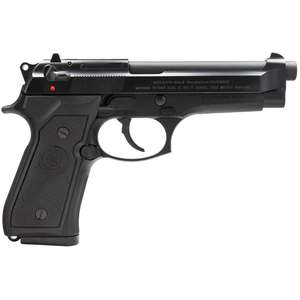 92FS: The World’,s Most Trusted Military and Police Pistol.
The Beretta 92FS has been setting the standards for best military, police and tactical pistol for over a quarter century. The reason is that it was designed--and has kept evolving--to be and remain the most accurate, durable and reliable semiauto handgun on the market. Easy to use, absolutely safe and delivering impressive firepower, it remains the sidearm of the US military and of allied forces the world over, as well as of countless police and law-enforcement agencies. The 92FS is a double/single-action semiauto pistol that employs an open-slide, short-recoil delayed locking-block system, which yields a faster cycle time and delivers exceptional accuracy and reliability. In particular, the open-slide design practically eliminates “,stove-piping”, and helps flawless cycling and feeding even after thousands and thousands of rounds. The recently-renewed contract with the US military speaks clear: when it comes to dependability even in some of the world’,s most extreme conditions, the Beretta 92FS still has no match. Period. Regardless of the wonderful reputation it may have, the true test for a tactical pistol’,s worth is at the shooting range. The 92FS consistently bests the US military requirement of a 10-shot group of 3”, or less at 50 meters (just short of 55 yards). While this type of match-grade accuracy is impressive, it is no magic. At Beretta, we know that absolutely precise tolerances keep performance consistent shot after shot—,which not only gives the 92FS its extraordinary accuracy, but it makes all factory parts interchangeable within the same model. Couple this to the ability to reliably feed every variety of commercial ammunition, and it is easy to understand why the 92FS remains the best pistol in its class.

92G: Decocker-Only Tactical Pistol.
The Beretta 92G is a decocker-only version of the 92FS tactical and military pistol. Many tactical training experts favor this version for duty or “,condition 2”, carry: in the holster, the 92G is decocked and always ready for use--the first round is double-action, while the subsequent shots are single-action. Upon reholstering, simply activate the decocking lever and the pistol is again ready for quick use when you need it. Super-safe against accidental firing, the 92G retains all the legendary qualities of the 92FS, including 3-dot sights, high-capacity magazine, superior accuracy out of the box and more.

92A1: Legendary 92 Reliability with Ultra-Modern Tactical Features.
The ",A1", class is a specialized tactical branch of the most tested and trusted military and personal defense weapon in history: the 92FS. The most noticeable difference between the classic 92FS and the 92A1 is that this comes with an integral accessory rail situated in front of the trigger guard. The rail makes it easy to attach a variety of tactical accessories, including lighting systems and laser aiming devices. Also, the 92A1 has a removable front sight, meaning that you can exchange it in a matter of minutes without any gunsmithing or alteration to the pistol. Maintenance is easy thanks to the tool-free disassembly latch as well as the captive recoil-spring unit. Another feature that will impress you about the 92A1 is the type of magazine it comes with. This pistol comes with three 17-round magazines designed to deliver remarkable firepower out of the box while being absolutely durable and corrosion resistant. Furthermore, the magazines on the 92A1 feature a “,dirt rail”, along their length, which helps collect dust and grit out of the magazine while keeping cartridges clear of the magazine walls. The result: enhanced feeding reliability and super-easy magazine maintenance.